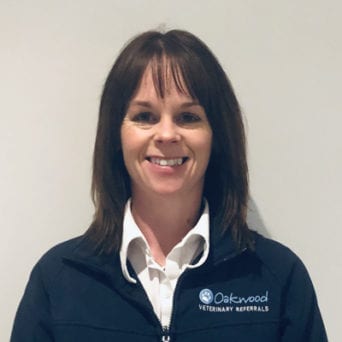 Jacqui originally joined the team as a VN at the Willows Veterinary Hospital back in 2004. Over the years she has worked in a variety of branches within the group and joined Oakwood as a VN in October 2014. In January 2016 Jacqui moved over to our expanding admin team. Jacqui’s main responsibilities are monitoring accounts/invoices and data analysis. Jacqui is married to an equine veterinary surgeon and has three children. She has an energenic rescue Border Collie named Jilly.